I don’t usually write concert reviews, but last night I had an experience. Yes, I went to a concert, but it was more than that. I went to see Trans-Siberian Orchestra at the Resch Center in Green Bay.

If you have never had the chance to see Trans-Siberian Orchestra, you are missing out. You probably know some of their songs from some Christmas program, but you need to see them live to understand just what kind of performers they are.

The show starts with a story, weaving spoken word and music seamlessly. A Christmas story, filled with hope and magic. And just when you think the show is over, you find out that you’re only at the halfway point. 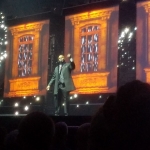 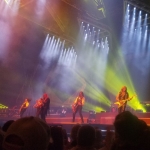 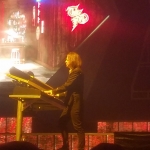 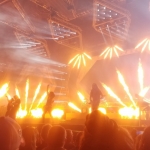 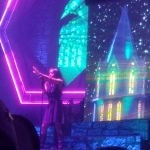 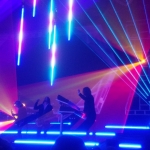 This is the point where it turns into an all-out Rock show. Music, lights, pyro! The band is so high energy, that the crowd looks dull in comparison. With multiple singers and different instruments being featured, musically it never gets boring. Throw in some heavy guitars mixed with your favorite Classical music, and it’s a show you won’t soon forget.

The lighting was absolutely brilliant. From the laser lights to the image wall, everything was perfectly set up to be stunning.

And the pyro was so lit, that I may have had a few hairs singed off. Then again, that could be because I was in the 5th row.

Do yourself a favor. Go see this show if you get the chance.