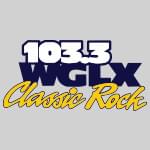 What if you used an Artificial Intelligence bot to analyze Nirvana’s music, and create an entirely new “Nirvana” song?

Well, that’s just what YouTuber Funk Turkey did. He put Nirvana’s lyrics into a bot, and created a song called “Smother”. Then he performed and mixed the music for it.