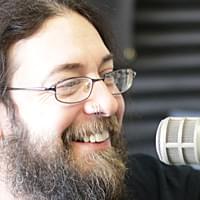 ABC/Kelsey McNeal(LOS ANGELES) — With fangs bared and red eyes flashing, Dancing with the Stars paid homage to Hollywood’s most terrifying antagonists for “Villain’s Night.”  Despite the constant thrills and chills brought on by this season’s top 10 competitors, the Halloween special ended with Cheer coach Monica Aldama being sent home by the judges.

The Netflix star found herself in the bottom two alongside The Real host Jeannie Mai, which turned out to be a nightmare of a situation for judges Derek Hough, Bruno Tonioli and Carrie Ann Inaba.  All three struggled to decide who deserved to stay in the competition, which ended with Judge Carrie Ann casting the tie breaking vote in favor of Mai.

The shocking elimination wasn’t the only twist during Monday’s terrifying episode.  The leaderboard also witnessed a major shakeup.

Since the start of the season, Catfish host Nev Schulman consistently brewed in second place.  The streak was broken Monday when he gave all three judges and host Tyra Banks “swan bumps” following his Swan Lake-inspired Paso Doble.  His sharp, powerful and overall chilling performance delighted Inaba, Tonioli and Hough, who excitedly awarded him the season’s first perfect score.

Meanwhile, the pressure was on for Olympic figure skater Johnny Weir, who was almost sent home last week.  The athlete triumphed on the ballroom floor, delivering a fluid and graceful Viennese Waltz to Radiohead’s “Creep” that hypnotized the judges and earned him the second highest score of the night, a 27 out of 30.

Also making a comeback Monday night was Disney Channel star Skai Jackson, this season’s youngest competitor.  The 18-year-old actress, who earned the lowest score last week, shined with her sharp and precise Argentine tango to Billie Eilish’s “Everything I Wanted.”  The Jessie alum secured a second-place finish alongside Weir and rapper Nelly with a final score of 27 out of 30.

Speaking of Nelly, the Grammy Award-winning rapper finally achieved his breakout moment Monday night, performing a creepy yet powerful Argentine tango to The Weeknd’s “Can’t Feel My Face.” All three judges praised the “Country Grammar” artist for breaking out of his shell.

The most notable dance of the night didn’t come from a celebrity dancer, however, but from dance pro Cheryl Burke.

Despite suffering a seemingly serious head injury the previous day during practice, Burke powered through the pain to perform a tense and thrilling Tango alongside partner A.J. McLean that honored the horror movie Psycho.  The Backstreet Boy spoke about the panic he felt when Burke fell during rehearsals, saying he was “completely mortified” by the accident.

“She’s family now. I got to protect her, just like she does for me,” McLean expressed.

As for Burke, the pro dancer assured the audience that she is completely fine and cracked to Tyra Banks, “I’m hard-headed, thank god, right?”

Dancing with the Stars will be full of double trouble next week, promising two eliminations and the added challenge of competitors mastering two dances for the first time this season.  The episode airs next Monday at 8 p.m. ET on ABC.

Here are the current standings: